This edition shines the spotlight on 3 Oscar nominated blockbusters, a Girl Power smash hit, a zombie infested comedy, Denzel chewing it up as a villain, Clooney and Whalberg at war, and 5 Cult Classics.

If a movie cracks the Top 200 it has a chance to be selected in this nerdy little series. If you are missing your favourite movie from This Weekend in History check out the companion piece at A TALE OF TWO DANS.

UPDATE: Ridley Scott returns to form with THE MARTIAN. This sci-fi blockbuster opened with $55 million. Good enough for 2nd overall This Month in History. Check what Number 1 is at the conclusion of this article.

David Fincher directs the perfect thriller. Filled with twist and turns, this amazing drama is never boring. Ben Affleck stars as a man convicted of murdering his wife. This is the only beginning of this complex adult movie. Stylish and atmospheric, Fincher leads the way. The performances are equally astounding, with the Rosamund Pike coming out on top. This horror movie for guys makes for an unforgettable date night.

Kevin Spacey stars in this pitch black comedy. Part social commentary, part mid-life crisis \ coming of age, this amazing drama captures your attention from the opening sequence. The directing and writing are incredibly top-notch, providing a scathing look at American family life. This layered story with weaving plot-lines has impressive performances all around.

Check out how much word of mouth and Oscar buzz helped that box office total rise from the mild opening.

This remake (of INFERNAL AFFAIRS) is the movie that finally got Scorsese his Oscar. While it may not be his best film ever, it is quite impressive for the crime genre. Really, this thrilling story is so captivating because of A-list Hollywood actors like DiCaprio, Nicholson, Wahlberg, and Damon. The super intriguing plot involves an undercover cop and an undercover criminal battling wits. This dark and aggressive thriller is brutally violent, so it is not for everyone, but those willing to stomach all the gore are in for a rewarding (if bleak) finale.

Girl Power! Anna Kendrick stars in this story about an a capella college group trying to win the championship. This hilarious comedy has a John Hughes vibe. The message here is to express yourself and embrace your inner nerd. It feels like an underdog sports movie, so it is easy to root for our heroes. A laugh-out-loud experience with great characters.

The sequel destroyed the box office this past summer, beating even MAD MAX, proving that word-of-mouth spread during home video where a lot more people discovered this hidden gem.

Pure R-rated fun at the movies. Woody Harrellson, Jesse Eisenberg, and Emma Stone star in this horror comedy mash-up. From start to finish, a zombie film has rarely been so much fun. Great jokes and great kills mixed with stylish direction and impressive performances makes ZOMBIELAND one of the best recent cult classics.

Keep your eyes peeled for one of the best cameos in cinema history. No joke… well, big joke.

Denzel Washington won an Oscar for his role as a dirty cop in this action thriller. Ethan Hawke co-stars as the new cop on the beat. Washington shows him the ways, but Hawke is more of a boyscout than him. The performances are the real highlight here. Every now and then we get a great action movie that takes itself seriously. This is that rare gem.

Long before AMERICAN HUSTLE and SILVER LININGS PLAYBOOK, David O. Russell directed this Iraqi War action drama comedy hybrid. It had some big stars before they were huge stars… George Clooney and Mark Wahlberg. They play soldiers trying to steal some gold that Saddam Hussein acquired. Lots of fun, with some intense action. This stylish character piece is well worth the watch.

Sylvester Stallone stars in this action movie mixed with sci-fi. He plays a cop from the past, frozen and thawed out in the future to hunt down one of his contemporaries: a villainous Wesley Snipes (in a scene-stealing role providing tons of laughs). Sandra Bullock also stars in this as the sidekick to Stallone. This is a b-movie done right. One of the better 90s cult classic action flicks.

Arnold Schwarzenegger stars in this balls-to-the-wall action flick. Do not even try to keep track of the body count. Arnold takes on the baddies to get back his kidnapped daughter (a young Alyssa Milano). This is basically Arnold with guns… The End. Worth watching for 80s fans, action fans, and fans of totally cheesy one-liners. Watch this with some buddies and yell at the screen.

Nicole Kidman became a star with her darkly comedic role in this indie hidden gem. This little movie also shined the light on a young Joaquin Phoenix. Kidman plays a teacher seducing a student to murder. The dry humour and quirky characters are not for everyone, but this unexpected hit has some amazing performances and was part of the 90s indie cinema boom spurred on by the violent black comedies of Quentin Tarantino.

The second of the trilogy remade from the original 70s iconic classic horror film. This one starred Jordana Brewster (from the FAST & FURIOUS franchise) versus Leatherface. Well-made with a decent budget, this horror flick definitely delivered. R. Lee Emery plays a vicious Sheriff from the twisted Leatherface family as the main antagonist. This psychotic family makes your squirm in your seat.

Gore fans might be disappointed as this series shifted the story to focus on the family history rather than the masked killer. Worth watching for genre fans.

Similar in tone to THE TOWN, this action drama focused on the 70s Black Power movement, specifically the Black Panthers, and blended in thriller elements like bank robbery. If this came out now I think it might have done even better at the box office. The Hughes Brothers directed this as a follow up to their astounding debut film MENACE II SOCIETY. This character piece is worth watching for those who like some social issues mixed with their action.

The Number 1 movie This Weekend in History is GRAVITY with $56 million in 2013 – high enough to make it Number 1 for the month… even after THE MARTIAN kicked some ass this weekend. This spectacular sci-fi smash hit went on to make $274 million.

The 3D spectacle helped sell a lot of tickets, but really it was the high profile cast (Sandra Bullock and George Clooney) in a high concept thriller. This intense survival story will have you gripping your armrest. 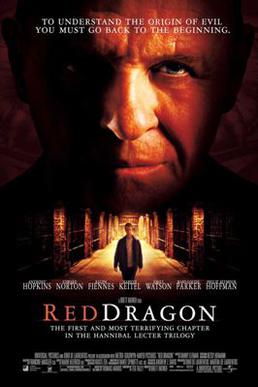 What do you think

Check out the companion piece for more movies.

3 thoughts on “THIS WEEKEND IN BOX OFFICE HISTORY – October: Part 1”