Falling behind on TV? Don’t know which show to watch on the DVR first? Consider this a nerdy little viewer’s guide.

The 2015 Fall TV schedule had a few intriguing new shows ready to scoop up a legion of eager fans. Now that most of the inaugural seasons are at their half-way point let’s see how they stack up. This article will advise you which shows to binge watch, which to wait & see, and which to avoid completely.

Surprisingly, there are few new series you don’t want to SLIP/THROUGH the cracks.

The action is impressive for the small screen. What’s more amazing is the surprising character work. Melissa Benoist leads the way as Supergirl, balancing her awkward performance of a shy office worker with the Woman of Steel superhero alter-ego. Quirky dialogue adds a lot of comedy. Calista Flockhart excels as the domineering boss.

Overall, this exciting new adventure show has a sort of 90s BUFFY vibe to it. This one is definitely worth catching up on, as it nears the mid-season point. * Check my review of the Series Premiere.*

Once again this eccentric show works its way under your skin. These one-off seasons all stand-alone. New viewers can hop right in with Episode 1 and hit the ground running. This time around a hotel based off the infamous serial killer H.H. Holmes’ dwelling and mixed with other inspirations like Los Angeles haunting grounds (like the Cecil Hotel) and the Overlook from THE SHINING. Lady Gaga is the biggest revelation here as a vampire. We aren’t certain if she actually is or just acts like one of Dracula’s Countesses.

There are several compelling mysteries brewing under the surface. Aside from the thrilling story there is also shock value – from violence to sex. This show is definitely worth watching, especially for genre fans.

I initially dismissed this as yet another crime procedural full of beautiful people, but I’m glad my assumptions were wrong… partly wrong. There is a really intriguing story arcing across the season. The storytelling technique is also really compelling, as it’s split between past and present. In the past, the story follows a class of FBI recruits. They are tested in really exciting ways throughout the season. The present day story follows our hero (Priyanka Chopra), who is a wanted for a terrorist bombing. She must prove her innocence by working with her former classmates – who’ve all moved on to assignments by now.

Chopra is mesmerizing as the lead, she balances the action as well as the drama. While the show may get into romantic subplots, the character-work keeps you guessing each week. This is the biggest surprise hit this year.

Bruce Campbell returns to the role that made him famous – an ass-kicker of the evil dead (aka supernatural demonic forces). The story kicks off decades after ARMY OF DARKNESS. Ash accidently read from the Necronomicon to impress a woman with poetry and get lucky. Of course, he unwillingly unleashed evil. Ash teams up with a fellow employee (from a S-Mart like store) and his crush to find a translator and spell the evil back into the book.

The show is tons of fun for fans of splatstick. It’s like an over-the-top over-stylized THREE STOOGES with buckets of blood and gore. Deadite Devotees will be delighted.

This stand-alone series is adapted from the Coen Bros.’ feature film. By creating a whole new storyline in a familiar setting, FARGO feels fresh. This is how you do a remake. It has the same strange tone, a mixture of crime and comedy, violence and laughs. The humour ranges from dry to absurd, so this won’t be everyone’s cup of tea. Cinephiles will appreciate the cinematic approach to the storytelling and camerawork.

One of the best photographed / written / acted shows on television. Don’t miss Season 2. New viewers can hop in without watching Season 1, as they are entirely different stories.

Thinking of absurd, this strange little show came out of nowhere. Horror fans are in for a real treat. Much like SCREAM, this series is self-aware and chocked full of nerdy homages. The varied characters are a big highlight here. Leading the way is Emma Roberts, exploding dialogue like a chain of firecrackers.

The incredibly witty satire is also dripping with blood. This could be one of the most violent shows on TV. Check this out, you might be surprised by these MEAN GIRLS Gone 80s Slasher Wild.

One of the newer shows in this article is also one of the better ones. Those expecting large-scale superhero fights will be disappointed. This grounded approach focuses on a shattered character tormented by her past. The series plays off more like a film noir than a Marvel product. By focusing on strong characters instead of spectacle, it’s easier to get absorbed by the storytelling.

Krysten Ritter is stellar in the lead. Mike Colter is a worthy ally as the super-powered Luke Cage. And David Tennant portrays a sadistic villain with a delicious sense of black humour. Don’t let this adult thriller slip/through your hands. * Check out my review of the Series Premiere. * 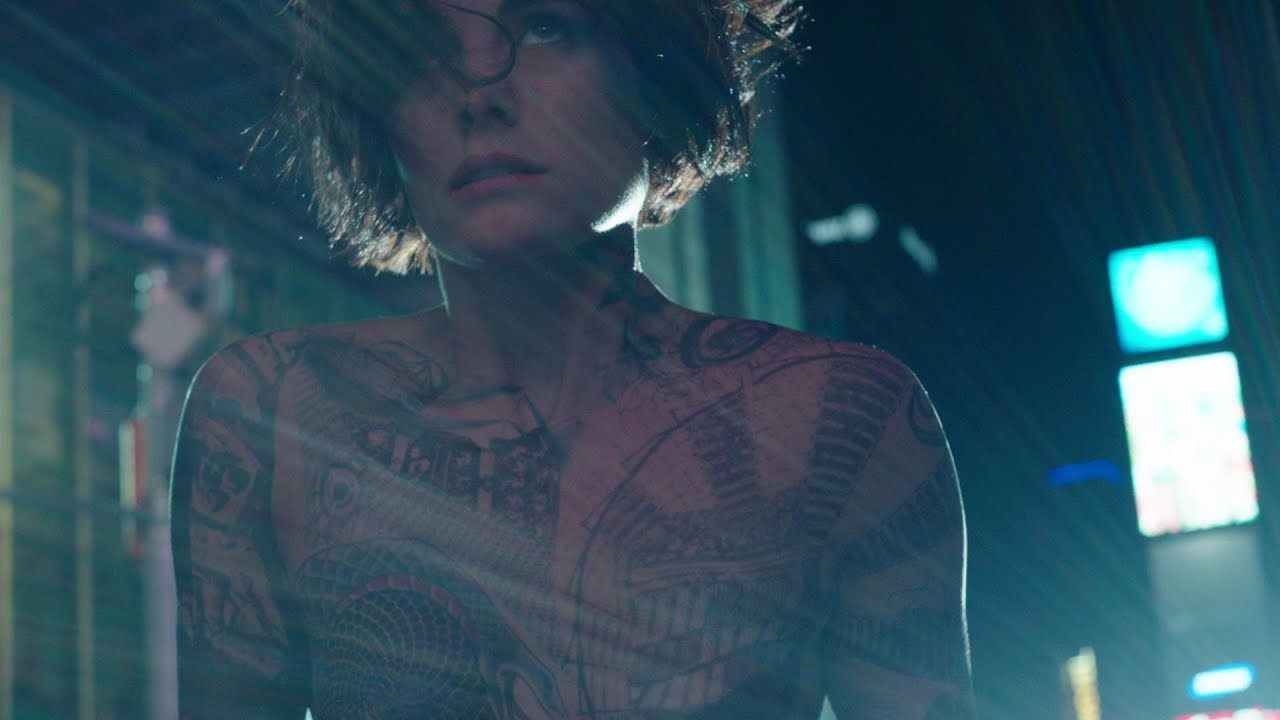 The first few episodes of this new crime procedural were rather good. Juggling so many shows, this one will wait on the DVR for later. The premise blends PRISON BREAK with MEMENTO. A woman covered in tattoos awakens in a bag left in Times Square. She has no memory of who she is, but she has an FBI agent’s name on her body. Our hero also learns her muscle memory means she’s a trained agent, with a very peculiar set of skills. She teams up with the Special Agent to solve the mystery, which arcs across the season.

Smaller missions are tackled within each episode giving it a hybrid procedural/serial feel. The action is surprising energetic and intense. Worth checking out… just not as much as some others mentioned here.

This 6 episode season has already finished, so you can binge this right away. While everyone has heard of WALKING DEAD, it’s a little late for curious new viewers to hop on in and enjoy the madness. That’s why this spin-off is so great. You can enjoy the ride from Episode 1. This series rewinds time and takes us back to the initial outbreak, focusing on a family in LA trying to survive.

Deliberately paced, impressive character work, intense and exciting, FEAR THE WALKING DEAD is definitely worth-watching. * Check out my review for the Series Premiere. *

While the earlier shows selected here were mainly Can’t Misses, this one is DOA. As a fan of the original’s first season (only), I was hoping a reboot might help this premise go down a more interesting path. Unfortunately, the new powers aren’t that enthralling, and the new characters aren’t that engaging. I waited around for 3 episodes to see a good scene. No luck. Bonus points for trying to be different with the gamer girl / samurai though.

Skip this tired retread and check out SUPERGIRL to satisfy your superhero appetite.

Fans of the Spielberg film will be greatly disappointed with this remake attempt. The first glaring issue is the cinematography, which was a highlight in the feature version. The hero doesn’t work for the authorities using the psychic tech, but his sidekick does. Their chemistry is a little stiff.

Unfortunately, this is handled like a traditional procedural cop show. The action is rather bland, with a focus more on gadgets or futuristic aesthetics (cloned from the film). It’s a safe bet to let this series slip on through.

Martial arts fans finally have a show to get excited about. The choreography is impressive for the small screen. Too bad you have to sit through a terrible story to get to the fights. You’re better off watching IRON MONKEY again or checking out a classic SHAW BROTHERS flick.

Kudos for trying to blend Western elements with MAD MAX and CROUCHING TIGER vibes; however, the premiere left me with a sour taste. I’ve yet to return. Does it get any better?

What do you think? Are there any other shows that deserve to get mentioned?

Let me know in the comments.