The latest BATMAN V SUPERMAN trailer just debuted on Jimmy Kimmel. That earlier sneak preview this summer was totally amazing (*Check the review*). It has to be one of the best overall trailers this year. However, as much as the earlier looks got me hyped up, this latest sneak peek was a little bit of a letdown.

At first, the tone is serious drama as the superhero alter-egos meet. Clark Kent talks with Bruce Wayne, prying for information and disagreeing about Superman’s public image. However, the tone takes a drastic shift as Lex Luthor (Jesse Eisenberg) is introduced. The zany over-the-top glee seems a little cheesy when contrasted against the darker atmosphere established in earlier footage.

Other deflating letdowns included the terrible musical score. It wasn’t dynamic or triumphant enough. Normally, Zack Snyder trailers have the hottest tracks, like some cool remix of a familiar song. The music made the action seem a little bland. The CGI capes were also a little distracting; however, Snyder is aiming for homages to iconic comic book panels – not realistic physics. The big bad baddie was a disappointing reveal as well. *More on that in a bit.*

There were some positives, like the flurry of action we saw, including the latest version of the Batwing. As uneven as the tone is, the action looks really exciting. Some highlights include Superman in the rain with his eyes blazing red as he’s pelted with bullets. The Man of Steel looks pissed off, like he doesn’t appreciate being toyed with by Luthor and the government(?). 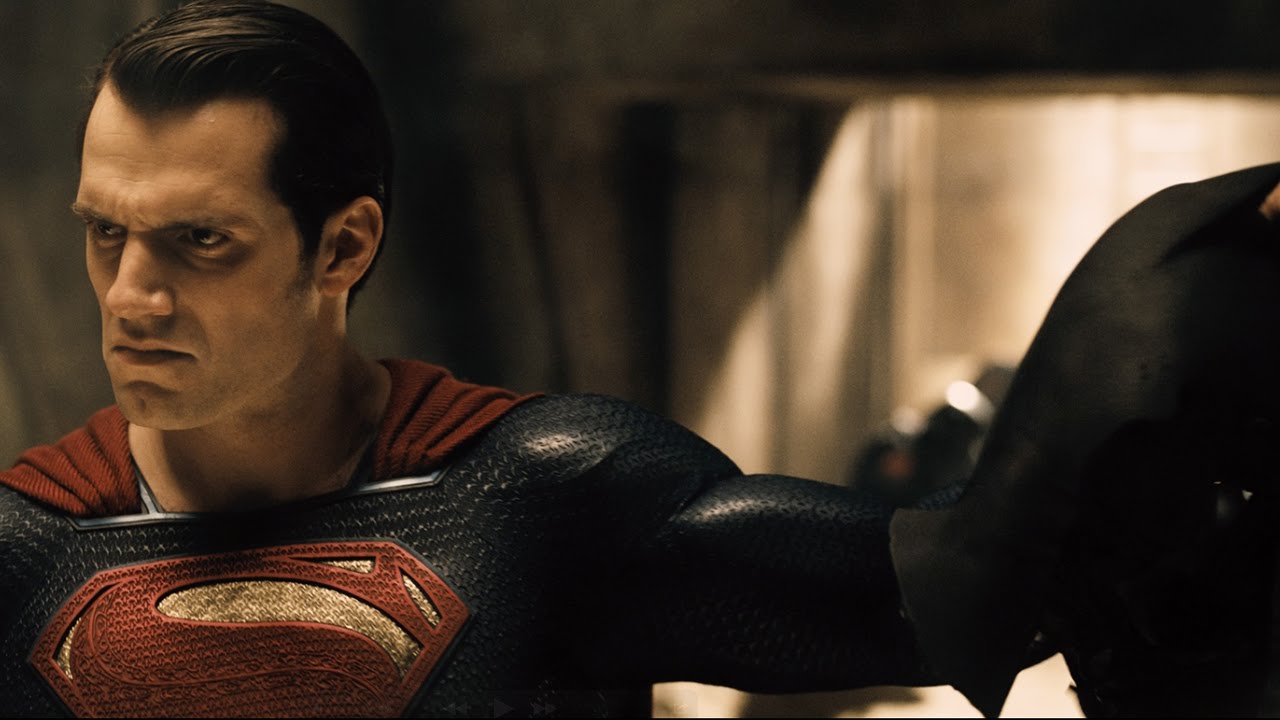 We know the actual battle won’t last long, but we need to believe Batman would think Superman is dangerous. Shots like the one in the rain (and the recent sneak peak teaser) help sell the idea of evil within.

Another highlight was the appearance of Wonder Woman. She takes a high energy blast to her shield, protecting Batman and Superman. The way the editing is, it seems like Wonder Woman might swoop in a bit earlier and save the day at an integral moment. Right away, with her commanding presence, we know this hero is powerful and not the one with whom to f**k.

The biggest reveal from the whole trailer is when Doomsday crashes the party. At first, nostalgia screams back at the screen. Yes! They’re doing this story?! That said, once that initial high fades one starts to notice how Ninja Turtle this ultimate villain looks. Gone are the harsh spiked edges of his rocky exterior, instead there are smooth muscles. His powers seem to have an upgrade too.

For those unfamiliar with the Doomsday comic book storyline this will be spoiler free. Just know that if this story is pursued movie fans are in for a real treat. This is something fanboys thought might happen in the eventual JUSTICE LEAGUE movie, but this is so soon. While it’s probably just a tease of what’s to come, and this big bad baddie just appears for a scene or two, it still kind of takes the wind out of the VS sail. Now it’s more like Batman & Superman v Doomsday.

Let’s just say this movie could have one heckuva cliffhanger setting up the JUSTICE LEAGUE.

What do you think? Has DC revealed too much? Did you love this trailer? Leave a comment below.