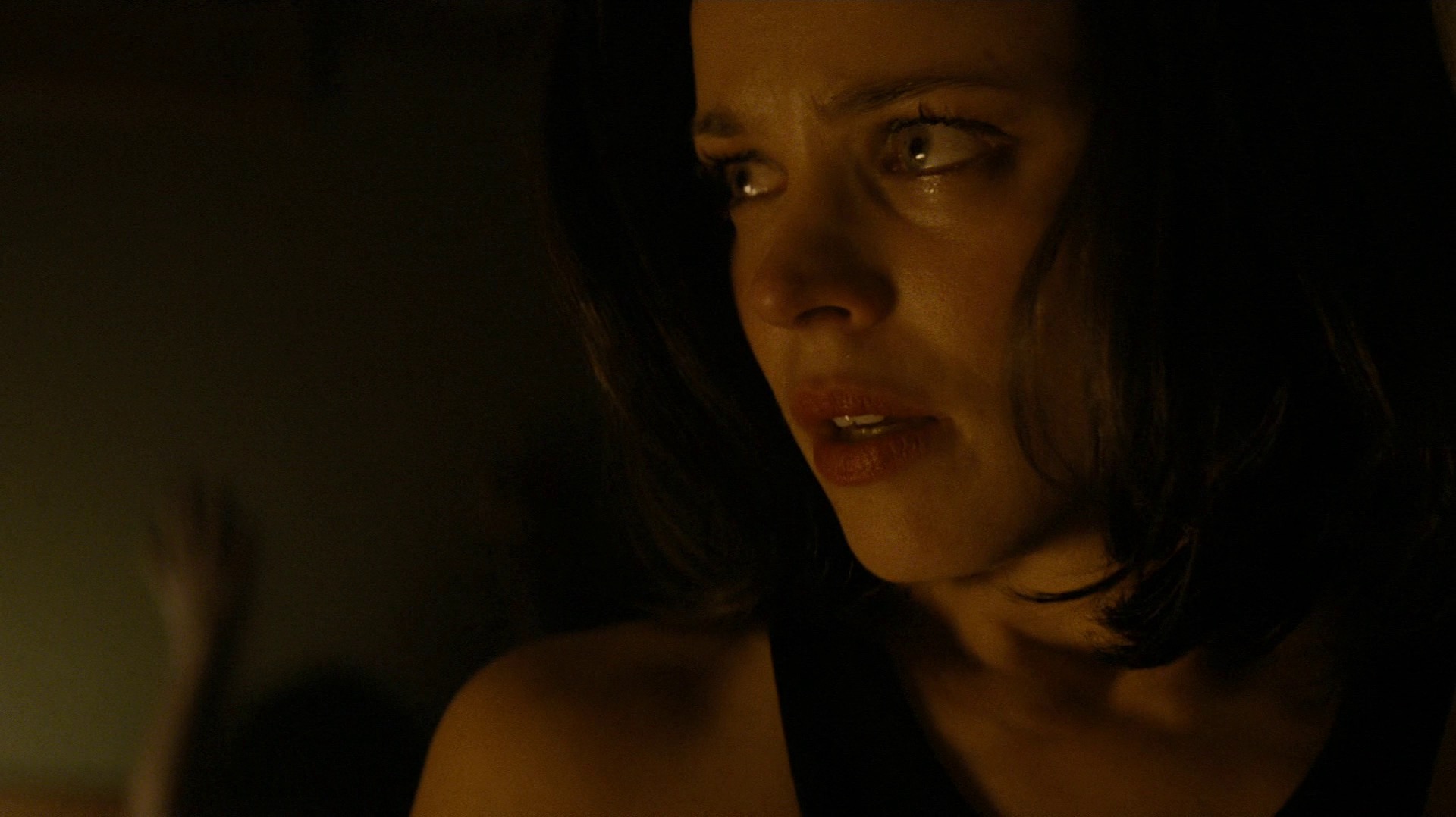 from the previous episode

Rachel McAdams’ character is still recovering from last episode’s course of events. She nearly died, but was able to save her own life with the end of a blade. Her words were chilling, “I’ve been waiting for that moment my whole life.” Did she want to prove something to herself?

McAdams, feeling the effect of the drugs, also blurts out, “They found me coming out of the woods.” We’re getting close to some answers regarding her troubled past.

We’re also getting closer to solving the case of Casper’s murder. Taylor Kitsch has found out that the diamonds were stolen during the 92 Riots. The store owners were killed, leaving behind children who would be grown by now… and plotting revenge.

Looks like we have a solid suspect here. It took a while to get to this point, but now this show is really rolling.

McAdams learns more about the diamonds from the escort she rescued from the EYES WIDE SHUT party. She talks about the victim from the cabin in the woods, she took photos and knew about the diamonds. McAdams is sure the same will happen to this escort, warning her, “They’ll paint the cabin with you.”

The escort doesn’t seem convinced. McAdams tries to look out for her, “Maybe you were put on this Earth for more than fu**ing?” The escort replies coldly, “Everything is f**king.”

Meanwhile… Vince Vaughn’s character is preparing every step of his escape. He wants his girlfriend safe, he wants to get cash exchanged into diamonds, etc. He’s planning all this before he makes his last few dangerous moves. By the end of the episode, he’ll burn down his casino and night club. Vaughn’s not about to let other’s benefit from his hard work.

In fact, Vaughn’s not the only one ensuring the safety of his family should the mission turn south. Rachel McAdams ushers her sister and father into hiding. Likewise, Kitsch prepares his mother and pregnant fiancee to sneak away and be safe.

from the earlier shoot-out episode

Collin Farrell goes out to meet the higher up who’s on their side. She’s kind of like Amanda Waller — Farrell, McAdams, and Kitsch are her SUICIDE SQUAD on a lethal mission to prove corruption within the police department and city officials. He comes bringing the documents filled with signatures to Ms. Waller. She’s in her car, waiting… but she’s dead. And it’s all pinned on Farrell.

Now, both Farrell and McAdams are wanted for murder. These True Detectives are up against a corrupt force and one the run.

Meanwhile… Kitsch has been hounded by someone trying to blackmail him with lurid photos of him with another man, a former soldier who he shares a history with. He’s told to meet in a building.

Feeling like he’s walking into something, he calls Farrell, but seems hesitant to open up to him. He either doesn’t want to ask for help, or he’s that worried about his secret getting out.

Back in a hotel, Farrell tells McAdams that he’s worried about Kitsch. He’s sticking to his guns. He thought they were assigned to this case to fail on purpose. The higher ups thought he was a useless inept cop.

Farrell warns McAdams, “There’s no way this is going to trial.” This eerie foreshadowing suggests our trio will be killed before the truth gets out.

These two fractured souls are lost, but find each other in this moment. They reach out to connect. Longing for a moment like this where another might understand them, combined with the idea they could die at any moment, they seize the day, and one another. The two have sex while Kitsch is out in the field.

Should anything happen to him, I wonder if they will feel guilty when they find out?

Kitsch with his “friend” from the army in an earlier episode

Back to Kitsch… MAJOR SPOILERS coming this way soon. He meets some men inside the building. It’s his “lover” and the police chief. They take his gun away. They want the documents. They’re connected to that strange sex party and probably the diamonds — and probably the dirty cops and mayor.

Farrell is right. This case won’t be solved… without a price. Kitsch isn’t going without a fight though.

Kitsch knocks out the police chief, snags a gun, and makes a dash for it. It’s him versus four roaming flashlights as he takes to the underground tunnels in this amazingly intense sequence. He manages to take out two of the men, with some stealth maneuvers and a few well-placed bullets.

The final two corner him. He uses his “former lover” as a shield, and kills the other man. The shielded lover dies in his arms, from a bullet to the head by the enemy. This wasn’t a touching moment or anything, just cold and matter of fact.

Finally, Kitsch makes for the exit. He’s nearly free. Until he’s ambushed by a silent assassin awaiting his exit. Again, this was matter of fact. There was no warning. Kitsch spends his dying breaths fighting until the last second, crawling towards his fallen pistol.

It was heart-breaking how he stuck up for Farrell and McAdams, in a way sacrificing himself to keep them safe and maybe buy them a little extra time.

The 90 minute finale will answer all these remaining questions. Will McAdams and Farrell get the evidence to the FBI in time? Will assassins be sent to silence them? Can any of them get away from this case alive, and still punish the guilty? Will Vince Vaughn finally turn away from the gangster life, settle down, and start a family?

Like I said, a lot of remaining questions will get answered in the finale.

I’m not expecting a happy ending. The series tagline is rather oblique, “We get the life we deserve.” It reflects how life is fair, but this series makes it seem life is anything but fair.

The bad guys get away with everything in this (fictional) world, while the good guys fall apart.