Super amazing awesome sauce news hit the Interwebs… OLIVIA MUNN is PSYLOCKE. Some of you might be like: “Who?” Easy answer: Pyslocke is a psychic NINJA with psychic blades… ‘Nuff said.

I guess you might also be thinking OLIVIA MUNN “Who?” I’ll get into that later. And shame on you. Movie nerds fear not, with Munn we are all in good hands. This is a great choice in casting the upcoming X-MEN APOCALYPSE. I first got into PSYLOCKE during the late 80s / early 90s – the days of JIM LEE. His drawings of this kick-ass heroine were in highschool lockers everywhere. So, let’s say that costume was good design work. But she also had this super rad psychic bloom near her eyes whenever she used her powers. AND she had that purple-pink aura psychic blade. So the visuals were exciting and energetic for more than one reason.

Psylocke’s other superpowers include precognitive abilities, astral projection, psionic energy blasts, and telepathic mind control. Basically, think JEAN GREY as a martial artist. Shit, yeah! I loved this comic book character so much. She wasn’t just a fighter, she was a pilot and a super-model before she joined the X-MEN.

In the 90s, we started to see a lot more ass kicking female heroes including movie greats like ELLEN RIPLEY, SARAH CONNOR and BUFFY THE VAMPIRE SLAYER. For me, back-in-the-day, Psylocke ranked right up there.

COMIC BOOK BACK-STORY CORNER… Betsy Braddock was born to a father from another dimension sent to Earth to create Captain Britain. She was raised in Essex, where tragedy struck claiming her parents’ lives at a young age.

This origin stuff is a little out-there and convoluted to cram into a sidestory in the next X-MEN movie. I’m thinking her origins will remain mysterious for now. Maybe a future spin-off movie will continue Psylocke’s story? 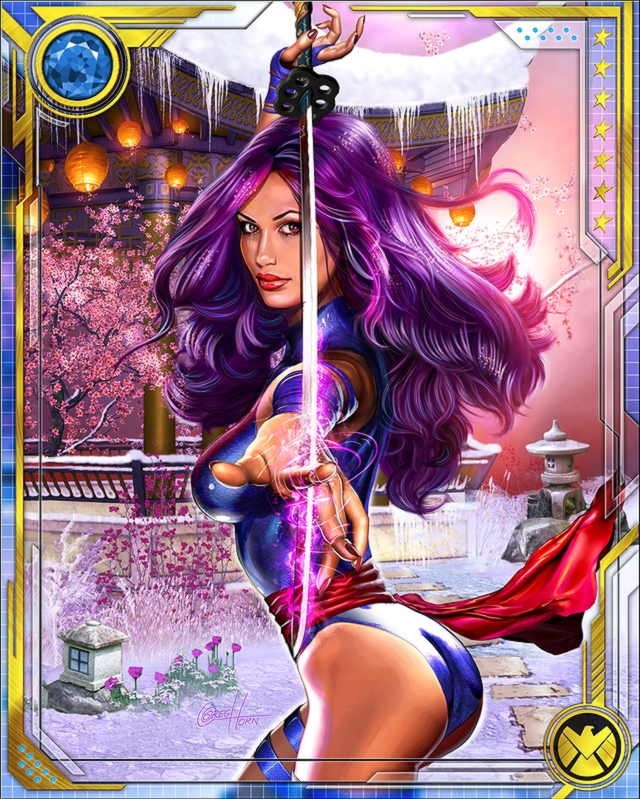 I know changing the story will upset some comic book fans but I’m all for revisions that make a better movie. Besides WIKI says she was born in 1956, so some things are bound to change. So get over the alterations, weeping fan boys. 😉

I don’t think Ms. Braddock will be British either. I grew-up with an Asian Psylocke (in the comics, not on the streets of Essex). I’m sure not sure of her nationality and backstory in the comics today. Unfortunately, Olivia Munn’s already getting unfair criticism for her acting abilities and faking an accent just begs for more- especially if the accent is unnecessary for the character.

The origin stuff I hope the writers keep is the FINAL DESTINATION stuff. She had a psychic flash of a plane crash. The same plane Psylocke and her brother should have been on. Since FD has a strong cult following, I’m sure the setting of this scenario will shift. It’s a compelling backstory with a crazy intense sequence and emotion. I’m sure it won’t be so easy to convince her brother she’s psychic. Watching them react to the aftermath of the tragedy should be quite touching.

I’ve already heard some hate on OLIVIA MUNN. What?! I’m guessing they didn’t watch her on HBO’s NEWSROOM as a scene stealing financial analyst and on air personality. She could fired off dialogue like they were bullets. She was MARVEL-ous delivering AARON SORKIN’s firecracker dialogue – a long string of fast-paced colourful explosions.

While Munn may be more well-known for her comedic roles, she also impressed critics with her dramatic turn in MAGIC MIKE. Her abilities are more dynamic than the Internet says.

Check out her earlier work to find out for yourself. And definitely don’t let NEWSROOM slip/through the cracks.

I first discovered Munn on G4’s ATTACK OF THE SHOW. This was a variety show with a blend of tech news, interviews, and skits. It was in these sketches where Munn shined the most. She was hilarious on that show – and in a variety of ways. It wasn’t all physical slapstick gags and parodies either, her witty sense of humour shined the brightest.

Before she was stealing scenes on NEWSROOM, she was honing her skills of thievery in over-the-top SNL-like comedy. I’ll always remember her portrayal of WONDER WOMAN.

For more than one reason…

WONDER-MUNN is that rare combination of beauty, comedy, and drama.

MOVIE STORY CORNER / IDEAS… There are several new characters to keep track of in this X-MEN sequel. The big bad one is APOCALYPSE as played by soon-to-be nerd-gasm man OSCAR ISAAC (STAR WARS EPISODE VII, EX MACHINA). The whole story will revolve around him. As will the new characters…

I’m thinking PSYLOCKE could be his supermodel ex-girlfriend. Maybe they connected over their mutant powers and shared prejudices against them? Maybe she saw him turn to the dark side, spurring her to turn vigilante? 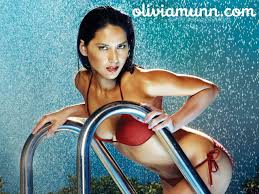 Regardless of how the story unfolds, I can’t wait to see Olivia Munn step out of obscurity and into a big-time Hollywood blockbuster.

I hope everyone else loves Munn and Psylocke as much as I do.

Get ready. We’re in for something special. 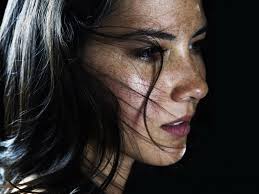 Oivia Munn was so great in NEWSROOM.

If you’re curious to hear more about the show check out my Season 3 reviews.

Start here with my Episode 1 review of NEWSROOM. 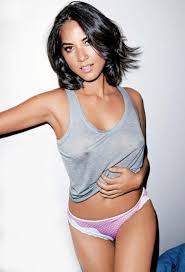