Each summer our cineplexes are filled with superhero movies. It’s not a fad. These films just keep on coming.

Marvel has been rather dominant, but DC has had its share of hits – especially considering the past. The MARVEL vs DC battle really begins in 2016.

But first, this summer we’ll get 3 different Marvel properties.

So, how’d it get like this? Nerds today have it easy. We have multiple movies and television series from these 2 comic book heavyweights. But, it wasn’t always that way.

I hope this will be like hanging out at the local comic book shop.

I’m not researching or relying on other articles. I’m working from memory. I’m working from passion.  You know… the stuff that existed before Google. I might get it wrong sometimes. My theories might be totally out of this world. But the same can be said for that guy down at the comic book store… Um, right?

Let’s start with the early days of DC… MARVEL Comics operated under several different monikers before settling upon the name we’ve come to know and love. During World War II they would release CAPTAIN AMERICA. Soldiers finally had a hero squaring off against Hitler to draw inspiration from.

Fast forward into the 60s… DC is well established. And Marvel is beginning to take flight under the guidance of JACK KIRBY and STAN LEE. This dynamic duo would create the Marvel Universe as we know it. THE X-MEN and SPIDER-MAN are amongst the heavyweights they imagined into life.

THE SMALL SCREEN FLICKS ON

SUPERMAN was the first cartoon. DC won that race. The original MAX FLEISCHER animated shorts aired in the 40s… in Technicolor. They were simple but effective. And responsible for some iconic imagery. A child’s imagination was probably a lot better back then. They could fill in those gaps and enjoy it more than a child today watching that same cartoon. Then again, kids way back when had radio programs for their entertainment. A cartoon would be a huge step-up. It must have been mesmerizing. DC had its own fad on television during the 60s: BATMAN. This series was definitely focused on camp. Quite simply, it was silly. Sure it had that catchy theme song, but it also had “WHAM, BIFF, BANG, and POWS”.

DC almost destroyed their BATMAN brand here. This is what the general public thought of comics – crudely animated cartoons and cheesy television. It would take a lot more evolution to get some serious credibility in the superhero universe.

The movie industry turned to DC in the late 70s. Now that STAR WARS and JAWS invented the Summer Blockbuster, it proved to Hollywood that science fiction had an audience – and they were hungry for more. INDIANA JONES debuted. And STAR WARS upped the ante with two sequels. George Lucas and Steven Spielberg reinvented Hollywood.

The 70s gave us the first big superhero movie with one of comics most legendary creations: SUPERMAN. The tagline was “This summer, you will believe a man can fly.” The special effects of the time delivered on that promise. But even with its success and multiple sequels, DC didn’t release any other movies. And Marvel didn’t even have one.

The 80s and 90s saw a big boom in comics with a focus on marketing. Comics weren’t just for kids any more. Adults kept on reading past the so-called 4 year window. Giant cross-over events were created, now that the audience had more money to spend on entertainment. New titles would pop up. Older ones would get reimagined, packaged with whoever the hottest artist of the week was. Art was king in the this era. Artists like Todd McFARLANE, Jim LEE, and Rob LEIFELD would become house-hold names.

The late 80s brought another iconic DC character to the silver-screen: BATMAN. Tim BURTON directed the Michael KEATON led mega blockbuster with Jack NICHOLSON as The JOKER. A few sequels led us into the 90s, where Joel SCHUMACHER nearly destroyed the BATMAN brand again, decades after the campy TV show. The man put nipples on Batman’s armour… ‘Nuff said. NERD ALERT 2000: The early 90s also gave us the first FLASH, in a short-lived TV series.

It was the 90s and Marvel had still yet to capitalize on its cinematic possibilities. One of the few projects that got licensed was Dolph LUNGREN as THE PUNISHER. It enjoyed most of its success on badly dubbed VHS bootlegs. Ah, B-Movie goodness. Another terrible movie trapped on VHS was the first CAPTAIN AMERICA. But, it was B as in Bad. Oh and it got worse… FANTASTIC FOUR was filmed but never released. Until YouTube. It is laughably bad. Things did not look good in Marvel Movie-Land.

For the longest time, Stan Lee would tease us in the last page letters section that SPIDER-MAN: THE MOVIE was coming – written and directed by JAMES CAMERON ?! Somehow, that never happened. But that didn’t silence the comic book nerds from theorizing (pre-Internet) what that movie would be like.

Marvel eventually started to gain popularity in television with its cartoons. While DC had an atmospheric BATMAN animated series, Marvel had SPIDER-MAN and THE X-MEN. All of these cartoons became staple-foods of the young nerd’s diet. Each of these mentioned shows lasted multiple seasons. They were quite impressive for the time. You have to remember, there were no movies like this yet. After-school television or Saturday cartoons was the only way to watch your comics in motion.

Lest we forget that DC had SMALLVILLE on the WB… I mean, the CW 😉 This series re-imagined SUPERMAN during his teenage years. By the end, the popular series caught up to the Clark Kent reporter of the original movies. The success of this show would lead to several others. Ranging from BIRDS OF PREY, to newer ones like GREEN ARROW and THE FLASH.

DAWN OF THE PLANET OF THE COMIC BOOK BLOCKBUSTER

The late 90s brought us BLADE to the cinemas. New Line released a super stylish R-rated comic book movie with mind-blowing effects (which influenced THE MATRIX’s bullet-time) and elaborate martial arts sequences (also bringing us big budget kung-fu before the Wachowskis). After this, 20th Century Fox gave us X-MEN. Another serious and dark approach to comic books on screen. No spandex here, instead we got realistic leather-suited heroes.

DC was getting left behind in the dust, while Marvel was kicking up a storm. After X-MEN, Sony / Columbia released Sam RAIMI’s version of SPIDER-MAN. And this is when the whole comic-book-movie-hoopla all began to really take off. DC would retaliate by using a dark approach on BATMAN, bringing us Christopher NOLAN’s version of the Dark Knight with Christian BALE. Your average film-goer started to take notice. These movies made tons of money. And the big bad baddie, HEATH LEDGER, won an Oscar.

From here on out, the TONE between DC and MARVEL would shift. DC became King of the dark, borrowing from BLADE and X-MEN. Meanwhile, MARVEL STUDIOS burst onto the scene, controlling their own content and focusing on fun and adventure, with the release of the first IRON MAN, starring the acid-wit of Robert DOWNEY JR.

Marvel focused on realism, setting the movie in our world of war. Downey made weapons, until he became one. He used his intellect to create a super-suit. He wasn’t born a mutant. This element would become more important in the Marvel Universe further down the line.

DC: IN THE DARK

DC would join in the Summer Blockbuster mayhem and release giant-sized movies like GREEN LANTERN and MAN OF STEEL. These movies would split the audience, whereas Marvel was getting 100% satisfaction from every property, no matter the studio (this is post Ang Lee’s THE HULK). DC ditched the laughter and focused on drama. Their SUPERMAN was heavy. It was an experience that had its share of spectacle, but rarely a laugh.

DC’s focus seemed to be the Nolan approach. The DARK KNIGHT enjoyed so much success that DC felt they knew what ingredients equated to these results. BATMAN works as a serious dark film because it reflects the hero. When you think of Superman, you don’t really think “dark”.

Marvel would continue to have fun. Their main ingredient was entertainment. Adventure. Laughs. Spectacle. They thought, let’s just give the audience a great time at the movies. They seem like they weren’t trying to impress critics or non-comic book fans. Marvel was making movies for its fans. They knew if they built it, we would come. The rest of the movie-going public would discover these heroes and realize what the big deal was. It’s ironic that by focusing on current fans, Marvel gained far more.

The current phase of comic book movies is very carefully prepared by DC and MARVEL. All signs point to longevity. Superhero movies aren’t a trend. They’re legit. People will keep seeing them. So both studios planned their futures, setting up franchises to fill those pre-destined release dates. If you’re a fan, no matter who loses the box office battle here, WE WIN.

Stay tuned for another Marvel vs DC article…

Next up: GUARDIANS OF THE GALAXY vs SUICIDE SQUAD. 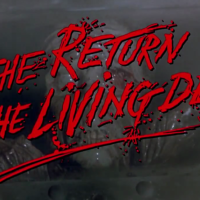