Someone once said, “An artist doesn’t know what they want, or who they are, they just know how they feel.” BEYOND THE LIGHTS explores this theme, rising above the traditional romantic drama I dismissed it as. I’m glad I gave this surprising hidden gem the chance.

NONI – A Pop Star on the Verge of Mega Stardom

What drew me to the picture was the director GINA PRINCE-BYTHEWOOD. I really loved her earlier feature LOVE & BASKETBALL. I appreciate the edgier approach and focus on realism with her romantic films. With LIGHTS she aims her lens on the artist – in this case a singer who hides her own lyrics in a box, far away from the world. She makes NICHOLAS SPARK-like romances, except these are actually good… and edgy… and sexy.

GUGU MBATHA-RAW smolders on the screen as NONI – a pop star ready to release her first album. Gugu is amazingly beautiful. A spectacle. A contemporary MARILYN MONROE. A revelation in talent as well. I feel like we’re going to see a lot more of this British import in the near future. What a discovery! It’s so rare to have this level of beauty AND talent. I’m aware she also starred in a period piece about racial injustice called BELLE. I just haven’t got around to see it… Yet.

Now that I know about her, I gotta find out more. Wow… Now let’s get into the story and its themes.

Noni is introduced to us as an over-sexualized pop star in the making. And it doesn’t take long before the movie pulls the rug out from under us. Noni just won a Billboard Music Award, you’d think she’d be on top of the world, so why is she about to jump off her balcony? That’s right. What an unexpected and shocking way to kick off a movie. I’m hooked…

Cue our intro for the other side of this romantic couple… A cop (NATE PARKER as Kaz) saves the day. He unwillingly gets sucked into the vortex of obsessed media. Parker delivers a quiet and stern performance as a man with political aspirations soaring as high as the White House. His acting avoids melodrama. Unlike a lot of romances, our lead guy doesn’t cry once or give a big on-the-nose speech quantifying his love for Noni. Like the movie says, his actions speak louder than words. His character kicks the story into high gear when he forces Noni to face her problems.

The movie begins with Noni as a child in a talent competition where she delivers a heart-wrenching rendition of NINA SIMONE’s “Blackbird.” She wins first runner-up. This is where BEYOND THE LIGHTS begins to divert our expectations… in the opening scene! Her mother (MINNIE DRIVER) orders her to break the trophy. Basically telling her, “You don’t want second place, do you?”

And it just gets better…

Kaz is also influenced by an over-bearing parent, his father (DANNY GLOVER) a former cop, who infects his child with ambition just like Noni’s mother does. Mother and father both try and control their child’s future to the point of who they are romantically involved with. Glover doesn’t think a tabloid pop star will make a good First Lady.

LIGHTS continues to divert our expectations as it moves along. The best moments take place during a vacation in Mexico where our couple puts life on “pause” to get back down to earth. Thematically, this movie dissects identity. The main issue is how no one sees the REAL you.

The BET Awards sequence demonstrates the themes beautifully. Noni is supposed to perform a super sexualized duet with a lot of suggestive dance moves. She is to rip off her jacket, and grind her co-performer in her underwear on an on-stage bed.

that’s NONI on the left

This is a statement on the music industry. A lot of pop idols like Miley Cyrus, Niki Minaj, Shakira, and even Beyonce rely on their bodies to sell singles. It’s nothing new, just ask Cher or Madonna, or Elvis and Jim Morrison. Risque material provokes the audience. It definitely gets your attention, right… But I digress…

So Noni decides to alter the plans live on stage. She isn’t taking off the coat. She isn’t going to simulate oral pleasure on the guy. She finally realizes this isn’t who she really is. An internal conflict within pushes her towards artistry over fame. This is just the beginning…

Noni realizes she is a manufactured brand. Noni is fake hair, elaborate make-up, and sexually alluring outfits. She is her body, marketed as a viral video to get “likes”. It isn’t until Mexico, when Kaz helps her discover her real self.

Gugu Mbatha-Raw in a publicity photo for BEYOND THE LIGHTS

The moment Noni removes her extensions is so emotional. She’s baring her soul in a way. She may have learned to hate her natural appearance, but now she embraces it. These moments with Noni & Kaz alone in their Mexican hideaway portray reality in a way most romantic movies gloss over or embellish to the point of parody. Our couple has honest moments of walking around in jogging pants, playing around in the waves or with pillows, and love making that feels natural. LIGHTS makes reality sexy.

The highlight for me is an a capella performance of Nina Simone’s “BLACKBIRD” in a small Mexican karaoke bar. She reveals all here. She cries as she sings. And I felt it. There are also voices from the past playing under the music. Beautiful. This emotional sequence was so powerful. Noni becomes Noni by singing that same song she performed as a child in the opening scene – the last time she was truly herself.

BEYOND THE LIGHTS works so well because of the realism. I don’t just mean the emotions either. I’m talking about using real media commentators (like Don Lemon from CNN) and real award shows (like BET and BILLBOARD) with real musicians, athletes, and celebrities. The end effect is when Noni walks down the red carpet she fits in. She seems like a real celeb herself because she’s surrounded by the real deal. And for a movie about music, it picks its songs RIGHT. One after the other they hit – from a compelling use of BEYONCE to the essential NINE SIMONE.

Noni sings a revealing lyric that says so much: “What is life other than a cage for me?” Answers or interpretations come from the journey. Give LIGHTS a shot some time. Especially if you’re a creative type.

By the end of the film, Noni  also demonstrates the feelings behind this following statement… If you’re an artist and you’re NOT scared, it’s not worth doing.

I don’t watch a lot of romantic dramas, but when I enjoy one I make sure to talk about it. I don’t pretend that I’m too cool for school, or that I don’t have emotions. If the genre film avoids melodrama or cheesy moments I can dig it.

LIGHTS is a great standout because instead it favourites thematic exploration of identity and artistry as well as love.

This impressive film somehow gets sexier the more real it gets, which is no small feat for a genre that relies on fantasy as much as THE AVENGERS or THE HOBBIT.

Here’s the music video for MASTERPIECE that earned NONI a Billboard Music Award. It’s a good song, especially in the way it adds to the film’s realism.

In your mind, does BEYOND THE LIGHTS earn the 81% FRESH rating on the TOMATO meter? Should it be higher?

What do you think of GUGU MBATHA-RAW? Is she one of the next breakout artists in cinema?

Did Noni’s song deserve the OSCAR nomination (as performed by RITA ORA)?

What other romance is worth watching from 2014? 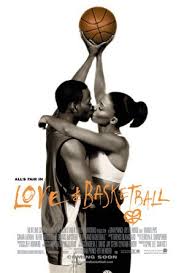 What romantic dramas are a guilty pleasure for you? Have you seen LOVE & BASKETBALL from LIGHTS director Gina Prince-Bythewood? Don’t let this amazing indie movie SLIP THROUGH the cracks.

Are you inspired to listen to some NINA SIMONE? Here’s the song BLACKBIRD which Noni sings in LIGHTS… Also, go find one my favourites SEE-LINE WOMAN – YouTube Simone and you’ll be happy for it.

Do music videos go too far now-a-days? Don’t get me wrong I like the BASIC INSTINCT vibe – but to sell the voice ? Would someone like NINA SIMONE or JANIS JOPLIN get recognition if they sang today?

2 thoughts on “BEYOND THE LIGHTS – nerd review”