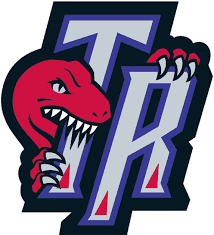 Toronto looks to bounce back from a loss, when they play against DENVER tonight. The Cavs beat the Raps in a close one, the other night. Let’s hope the NUGGETS don’t pose as much difficulty. They’re one of those mid-range Western Conference teams. Since the West is so competitive, they don’t stand out as much. They are also on a losing skid, with their record standing at 9 – 11.

KYLE LOWRY will have to continue his Captain role tonight if the Raptors hope to win. He’s been hot lately, so at least that bodes well. He was named Eastern Conference Player of the Week. Let’s hope that boosts his game even more tonight. He’s ready to drop 30 and 10 on a consistent basis with DeROZAN still out due to injury.

Terrence ROSS needs to help fill in those gaps. LOU Williams needs to get back to that level of play from November. The defence can focus in on him a lot more since the Raps are missing their All-Star. One of the big men need to step up tonight. JONAS VALANCIUNUS needs to break out soon. He entered the league alongside another high profile big, ANDRE DRUMMOND. This season Drummond’s been a mega beast for Detroit. If JV has the same potential, he needs to prove it soon.

How do you measure Lowry’s contributions? Like this. Pitbull has heart too.

You’ll notice the word “NEED” being used a lot. The Raptors NEED help. They need to get some extra points from somewhere. Even when DeMar wasn’t hitting his shots, he was getting to the free throw line. Toronto needs someone else to attack. For me, the obvious choice for slashing is Greivis VASQUEZ. He’s been inconsistent though. He tends to shoot first, or look for a scoring option. If he can manage to rotate the ball, and hit those open threes, the Raps will be dangerous tonight. The Raps need a little scoring from everyone tonight. That’s how they win without DeMar. Team ball.

Denver’s best player is arguably KENNETH FARIED, a.k.a. the MANIMAL. He can rebound and score on the inside. His athleticism is better than the average big man. He’s agile. But lately, he’s been hampered by injuries. I don’t know if we’ll see him unleashed tonight, but I sure hope not. JJ HICKSON can pretty adequately make up for Faried, if he’s out.  Danillo GALLINARI is back from his injury plagued season last year. He’s still getting acclimatized. However, he’s still capable. He’s a swingman with size who can hit the long range bombs. The same can be said for WILSON CHANDLER. The real difference maker for DENVER is their little mosquito, point guard TY LAWSON – but he’ll have to go through Lowry first.

I read this BLEACHER REPORT article about how Toronto should trade AMIR JOHNSON. They mention his expiring contract, and his injury troubles. What they don’t know is, Amir is the heart of the Raptors. He’s very supportive to the community. He never gives up. He plays when injured. He’s got an iron will. And now, he’s finally getting healthy. He’s moving a bit better. If Faried is up to par, he will test Amir’s ankles, and lateral quicks. Tonight, I’m hoping Amir shows the critics that he’s an important part of the Raps. Last time, he had a career night. We can’t expect that every night. But it’s a good indicator, right. Even if he’s not filling up the stat sheets, he’s running the offense (with his screens), and he’s diving for loose balls. I hope he puts up 20 and 10 tonight.

Denver took the Raps to Overtime. But that wasn’t enough.

Toronto had 3 stars tonight. JV was playing like he was Andre Drummond, or something, adding nearly 20 points, over 10 boards, and a career high 5 blocks. Let’s see more of that. Then there was LOU, playing like the Mini Microwave. Hitting those step backs like we know he can. But the big one was my main main, PATRICK PATTERSON, aka Double-Pat. Once again his deadly shooting from long range hitting 5 threes. Double-Pat double-tapped the Nuggs like he was Woody Harrelson in ZOMBIELAND. Boom, headshot.

The Raps have a back-to-backer. They play the Cavs in a re-match tomorrow night. Good news, LeBronnie Bron  and his crew are on a back-to-back too. It should be a real battle. I look forward to it.