He told us he’d be back, and this time ARNOLD is. The latest installment of THE TERMINATOR franchise seems to be something of a RESET. The writers have put the time travel concept to excellent use here. You just need to participate a little with this TRAILER. Try and imagine what’s going on under that synthetic skin. I will deconstruct all those tangled timelines.

Unfortunately, I feel like the TITLE here just makes it hard for people to take seriously. Which is a shame, because if you think a bit about the story it all looks rather promising. And just complicated enough.

GENISYS is a super strange title which makes me want to yell “SEGA” in a very particular sounding voice. If you were alive in the 90s, you might catch that joke. This TERMINATOR entry looks a lot more promising than the last edition, SALVATION starring Christian BALE. 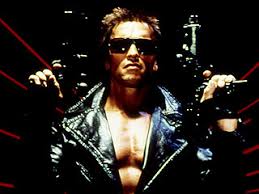 I say this because the characters we love, like Sarah, Reese, and the T800 (Arnold) were not a part of that movie. TERMINATOR was good because we cared about the present day, and we worried about the AI Apocalypse it threatened us with.

Now… Let’s get into WHY I think this new TERMINATOR is much more than that STUPID TITLE.

It looks like this time around the main character is REESE (Jai Courtney). Well, at least from this early trailer. There are a lot of familiar scenes on display here, they just literally flipped the script. Reese arrives in the “past” and enters a sporting’s good store. Just like in the 80s original TERMINATOR. Except this time, SARAH CONNOR finds him and delivers the classic line, “Come with me, if you want to live” – exactly what Reese said in the original. 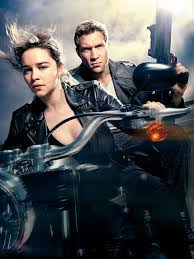 It seems like Sarah remembers Reese on sight, so she must be aware of these other versions of time. Hmm. Intriguing. They escape from the Terminator, except this time it wasn’t a T100 sent, but a T1000. I’m thinking SKYNET is learning from their mistakes, just as the Resistance is. Super compelling nerdy stuff. 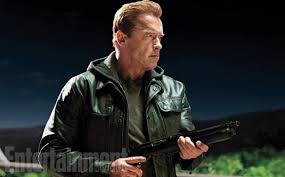 And it continues. ARNOLD SCHWARZENEGGER is back. In this timeline it looks like he teamed up with Sarah Connor to take out the younger looking Arnold T100. Confused. Yeah, I’m thinking we’re supposed to be. But, man, do I love playing catch up. (And I’m assuming a T100 is the bad guy model, and the T800 is the one adapted to evolve emotionally.) The T-800 Model… CLICK on the image to watch the TRAILER for T2: JUDGEMENT DAY.

There was also a brief moment where we saw the back of Arnold (?) carrying a young Sarah in his arms. So did the enemy send a Terminator back to kill Connor when she was just a child? Wow. They want to kill her when she’s at her weakest, since they know (like we do) Sarah gets really bad-ass by T2. 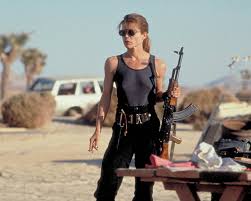 Linda Hamilton was the first ass-kicking heroine who was tough as nails. Sure, RIPLEY kicked some ass in ALIEN(s) but she was a more reluctant hero, whereas Sarah Connor was all too willing. That said, what an interesting spin on what we would expect. This premise looks like it explores several ways to manipulate time. Much more scientific and loopy than its predecessors. 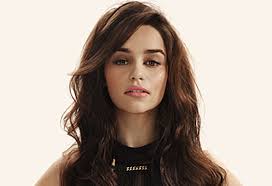 I have to comment on the casting. Sarah Connor is played by KHALEESI from GAME OF THRONES (Emilia CLARKE). She looks very different, but I already know she can get really intimidating and powerful from the HBO series.

Then we have Jason CLARKE as John CONNOR, the scarred leader of the Human Resitance in the future (present). Jason Clarke last tried to save humanity in DAWN OF THE APES – where another non-human humanoid gained intelligence equal / superior to human’s.

Arnold as the hero in T2

Then we have ARNOLD. Thankfully. I’m taking this as a positive, since it isn’t TERMINATOR without Schwarzenegger. It looks like computer graphics have improved since the last time we saw a CGI younger Arnold. I’m also interested as to who he really is. Will we get backstory on this character? Why do the T100s look like him? Why are the metal skeletons based on his skeleton?

Is the real Arnold the oldest version we see with longer grey hair, jumping from the helicopter? Also, this is when he tosses out the iconic line, “I’LL BE BACK.” Except this time it isn’t threatening (like part 1). Maybe it has some other meaning like he always comes back – ever since he was in his 20s?

The synthetic skin aging is also an interesting concept that was hinted at in the earlier movies. Maybe he’s been the best babysitter ever since she was a young girl? And now he’s grown (with experience & emotion too) and aged alongside her. This definitely incorporates / excuses Arnold (in his 60s?) appearing in this movie. 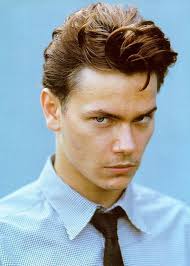 RIVER PHOENIX – Imagine all the performances we would have seen from this amazing young talent? It’s wishful thinking, I know…

It was cool to see a young photo-real Arnold. If the audience accepts this, it will really open the doors in Hollywood for bringing back actors who aren’t living any more – from Jimmy Stewart and Humphrey Bogart to River Phoenix and Heath Ledger. Creepy and cool, on equal levels. But I digress…

Some of the other FX may be early renders, but I much prefer the practical Terminator Skeleton, rather than this super smooth looking CGI creation. The T1000 also looks a little too clean for me. But like I said, maybe this is still early in the post-production.

CLICK the image to watch the TRAILER… Don’t let this excellent revenge thriller starring the new T1000 SLIP THROUGH the cracks.

I love the acting choice they made for the T1000. The producers selected BYUNG HUN LEE from the phenomenally dark revenge flick I SAW THE DEVIL. He can definitely act, even if he has to seem unemotional for this movie. He made me weigh my morals with the choices his character made in DEVIL, and his portrayal of emotion.

It looks like this T1000 is a little more creative. I like it when he cuts off his arm to create a javelin / spear and launches it into the air. Tricky. 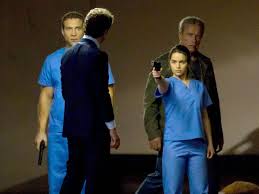 Are those institutional garbs?

Time travel movies always make us scratch our head. TERMINATOR: GENISYS will be no exception. There are theories where the observer stays on the main timeline, even when it alters. They have knowledge of each separate time line, whereas others in the world would be unaware.

So Sarah, at this point, has lived through TERMINATOR 1. This timeline is sometime soon after that first encounter, and before T2. So in this reality, she’s never been institutionalized. Or maybe she breaks out? Maybe Arnold busts her out the next day, rather than like 12 years later when John is a teen.

Um, make sense? Just wait until they incorporate Sarah attacked as a child. 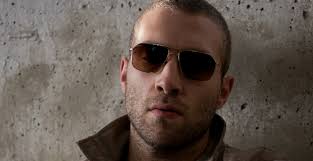 So… will KYLE REESE (Jai Courtney) represent the audience here? Like he won’t be aware of all the timelines, while Arnie, Sarah, and T1000 are? After all, he is probably surprised to be rescued by Sarah – his target to rescue.

Imagine John sent him on his original mission, and THIS MOVIE is an alternate timeline from the 80s movie? He was expecting to do everything he eventually experience in TERMINATOR, expect in this version he never DID those actions.

So, um, he still has to father John with Sarah right. I though Khaleesi wasn’t doing nudity anymore? I jest.

What do you think? Will my nerdy interpretation of the trailer ring true? 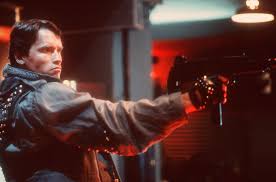 Are you missing JAMES CAMERON’s involvement here? Will ALAN TAYLOR (director of several GAME OF THRONES episodes, and THOR 2) handle this one better than McG’s SALVATION?

Is the multiple timeline concept just too complicated?

What do you think of this casting decision? Emilia Clarke (GAME OF THRONES) as Sarah Connor?

Are you looking forward to seeing the same scenes, now with completely different subtext and purpose? OR do you see this as a rip-off or something?

Remember the TV Show with Summer GLAU and Lena HEADEY (Cersei from GAME OF THRONES)? Headey played Sarah CONNOR to keep that GoT connection.

This looks like the TRUE sequel I’ve always been waiting for since I was a kid planning the fake movie with my Dad.

Are you just sick of reboots/remakes/reimaginings and now RESETs?

Should Arnold just let this franchise go? Or will this be a fitting farewell for his MOST FAMOUS CHARACTER?

Thinking of new special effects technology and the advancement of Performance Capture, do you think we will actually see deceased actors return to the silver screen?

Is TERMINATOR going to spark another CGI revolution like the morphing tech in T2? Is this too controversial? Should we let the actors who have passed away rest in peace.

RIVER PHOENIX with one of his very best friends, KEANU REEVES.

And where was DR. WHO (Matt SMITH) ? He’s supposed to be in this movie. The Doctor defintely has experience with time travel and multiple timelines. Will his role be Mr. Exposition Science Guy? OR a Skynet baddie? 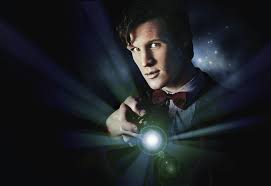 The Doctor also appears in the new TERMINATOR. Although, you wouldn’t know it from this early sneak preview. Do you think a electronic screwdriver would have a setting for dispatching these CyberMen?