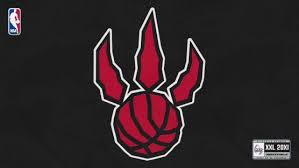 The Raptors play in UTAH tonight. This is their second match-up this season with the JAZZ – like Jimi HENDRIX’s Voodoo Chile we’re in for a “slight return”. Last time around, it was close for the first 3 quarters until We The 4th happened. Patrick PATTERSON was key in that win. Tonight, the Jazz may be without their arguably best player, DEREK FAVORS, as he is listed day-to-day.

Utah’s GORDON HAYWARD has been playing well though. I feel like he can make up for Favors’ absent should that happen. Will it be BURKS or BURKE who contributes tonight? Both of them going off for 20 or something is just too much BURK action. 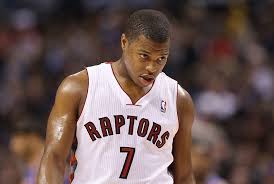 LOWRY sets his sights on Utah

KYLE LOWRY will no doubt lead the way once again. He’s the Captain now, like the Somali Pirate said in that Tom Hanks movie. He was awesome last game, and I assume this production will be trending up tonight. JONAS has a chance to get buckets tonight, especially if Favors is out. I think he plays a little more aggressively against other international players. Tonight, it’s Turkey’s own ENES KANTER in the middle.

TERRENCE ROSS is due for another good game. Foul trouble momentarily doused his hot streak last night. With this back-to-back outing, maybe he’s still feeling it. If he plays smarter out there, maybe he will get a 50 point game like he did last season. Heh, I said “maybe” there. On a serious note, when he’s hitting his shots it seems like he plays even better on Defence. He was locking down Rudy Gay last night? Or was that because it was personal like an 80s action flick tagline. 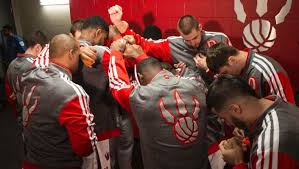 The Raptors could use another win tonight before they return home to take on LeBRON and his CAVS in their next game.

Coming Soon… Will we see more out of Australian guard DANTE EXUM this time in UTAH? Exum is an exciting prospect I’d like to watch play a bit more. What about you? 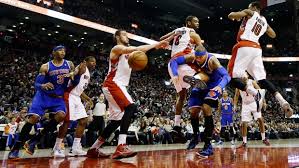 Kyle LOWRY set a career high in points tonight, going off for 39. Maybe he can save the 40 point milestone for when the Raptors really need it. eh.

Favors played tonight but it didn’t matter. The Raptors just ran away with the game. After the first period, the Raps never really let go. The Pitbull latched down his jaws and led he way to victory.

Toronto ended this road swing 2-1. Now they return home to face the Cavs on Friday. That should be a good test for the Raptors. I’m not expecting Caboclo to play in that one. I think LeBron and his crew will have developed a better strategic plan for this meeting.

The Raps are the best team in the East. And it’s December. It’s not like one week into the season, ho hum, type of deal. The Pound the Rock philosophy is coming to fruition. Even when a valuable teammate goes down with an injury, they stick to their gameplan. Everyone chips in and you get the win.Team ball. 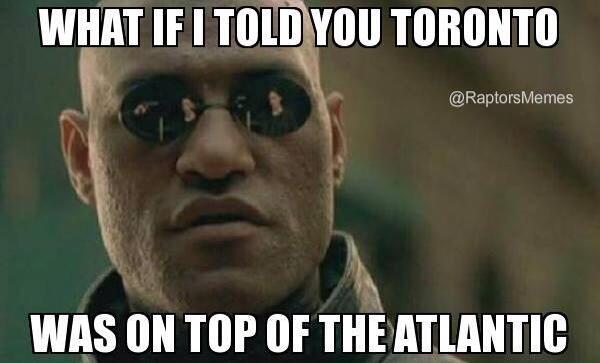 I can’t wait for Friday’s game. Bring it on K-Love, Kyrie, and Bronnie Bron. We got a Pitbull for you.