Toronto takes on the Lakers tonight, one very important man down. DeMAR DeROZAN pulled a KOBE last game. And that is not a code-word for his junk. What I mean by “Kobe”, is the concept of the injured All-Star. The Raptors “best player” went down last game with a serious injury. Estimates have him missing between 2 weeks to 2 months. To be positive, Kendrick Perkins had a similar injury and came back in a month or so.

LOU, dressed for war… And it will be quite a battle without DeMar.

So who’s going to step it up tonight against Kobe Bryant and the Lakers? You’d think it would be LOU WILLIAMS, right? But he provides such a valuable spark off the bench that you might want to keep him there. I imagine Coach Casey will rotate players in and out to somehow manage DeRozan’s absence. Thankfully, James JOHNSON is back from his injury, so he can fill up a lot of those minutes too. I’m sure we’ll see a bit more of LANDRY FIELDS, and maybe a bit more out of GREIVIS VASQUEZ. From a pure fan enjoyment standpoint, maybe we’ll get 5 minutes of Bruno CABOCLO. 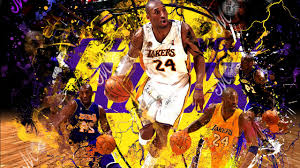 Los Angeles relies on Kobe to get their wins, but they have several guards (like Xavier Henry and Wesley Johnson) rotating in and out to help score those points. One of the young Lakers that impresses me is the big man JORDAN HILL. He’s been scoring and rebounding better and better in his young career. This season he could be a 20 & 10 type guy. Nick YOUNG (aka SWAGGY P) could go off at any moment. He’s a streaky shooter who can hit the 3 and slash ‘n drive.

Tonight, KYLE LOWRY’s got to show the NBA why he deserves to be an ALL-STAR too. The Raps will rely on him to run the show and be the main scorer. Terrence ROSS has the biggest opportunity here. He’s been inconsistent thus far this season, but he IS capable of scoring 20-25 points. Toronto will need a few players with 20 points to get the job done. Luckily, the Raptors have several promising candidates to fill that stat-line – including their big men AMIR Johnson, Patrick PATTERSON & JV.

If the Raptors hope to succeed during DeROZAN’s extended time away, they will need to score by committee. This platoon really needs to Pound The Rock. Like many of you out there, I have no fear. The Raps never care who scores. If they play like they should, it’s just a matter of being in the right spot at the right time for the open bucket.

Exactly… Maybe JV will get more minutes with DeRozan out?

For the Raps tonight it as “ONIONS, BABY.”

Kobe did what he does best. He scored. A lot. He’s returned from injury this season to lead the league in scoring. He finished the night with a TRIPLE DOUBLE. The man likes to go off on the Raps, doesn’t he. At least he didn’t drop 83 (or whatever that was).

Toronto took the 3 – 13 Lakers to Over Time thanks to a strong 3rd quarter. I’m thinking fans like me will be quick to point out that Time Out that didn’t call. Lowry tried to call one with time on the clock, in regulation. Bah. C’est la NBA. It’s a shame too. The Raps getting it going after a late 3-pointer from Ross. And JV actually played in the 4th.He shut down Kobe on the drive for the win. Valanciunas just put his hands straight up and maintained his space. Great D.

The Lakers pushed it hard in the later part of the extra period. Toronto couldn’t match him. The Black Mamba’s slow venom finally took to action. A good game though from the Raps without DeMar. Lowry had at least 25, despite some missed shots. Vasquez and Lou had nearly 20. For some reason, the Lakers just showed up tonight and beat the 13 – 3 Raptors.

yeah, Kobe… just don’t do it tonight… POST GAME: Dang. He did what he did.